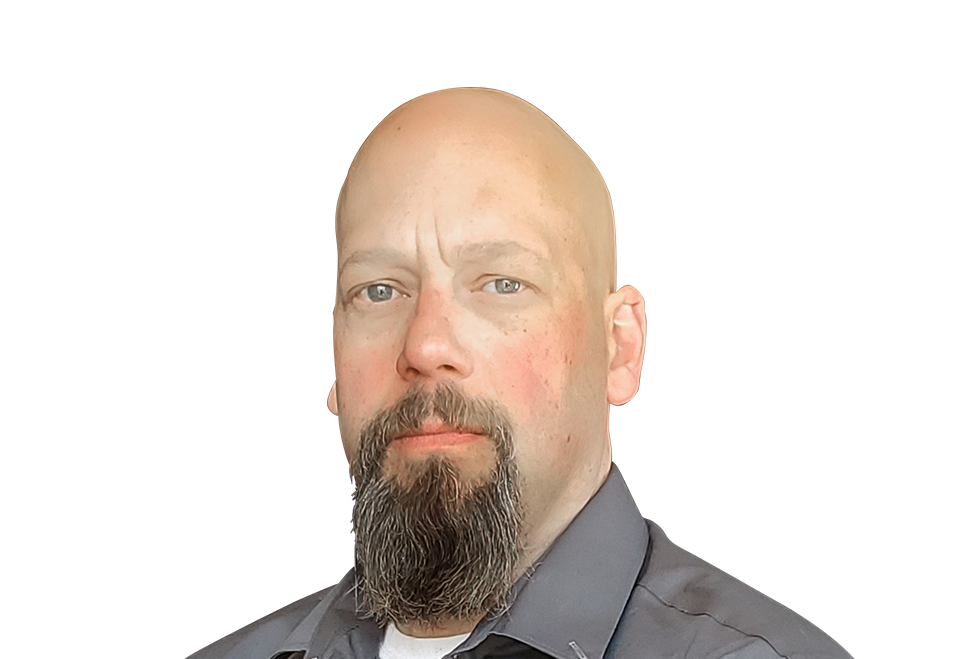 Chris Reder always dreamed about getting as far away as he could from the South Dakota farm where he grew up. When a Navy recruiter came calling at his high school, the restless 17-year-old was immediately interested. He joined the U.S. Navy and graduated from the U.S. Military Intelligence School, where he trained to be a Cryptologic Naval Intelligence Operator.

His first duty station was the Northwest Naval Security Group Activity base outside of Chesapeake, VA, followed by Imperial Beach, CA. It was there that Chris sustained a traumatic brain injury in an off-duty accident and was medically separated from the Navy. Not only did he have challenges in recovering from his injuries, he also had trouble adjusting to civilian life. The Navy was all he had known.

Searching for a new purpose, Chris turned to volunteering with other veterans as a form of healing. "It was incredible to be with vets again, working hard, eating together, [having that] camaraderie," Reder says. "But at the end of the day...we were still losing people [to] suicide." So he set out to create a peaceful ranch setting where veterans could relax, get therapy, and connect with their peers—where someone would always be there for them.

Chris returned to his South Dakota roots to establish what is now the DTOM 22/0 Foundation and Veterans Ranch. Short for the American motto "Dont Tread On Me1," the ranch provides a safe place for healing and recovery for military service members, veterans, and their families. They are also pioneers of Max Rhythmic Motion Sequencing (MRMS)—a specialized equine-assisted therapy developed in partnership with U.S. Army veteran Dr. Tracy Diefenbach—to help alleviate symptoms of PTSD, anxiety, depression, and more.

"It has helped me heal—helping other people heal," Chris says of his commitment to supporting veterans. "We are even reversing dementia in one veteran, and we're one of the only organizations in the world doing this [MRMS] equine therapy specifically for veterans."

Learn more about the groundbreaking work happening at the DTOM 22/0 Foundation and Veterans Ranch at https://dtom220.org/.

1 The phrase "Don't Tread On Me" first appeared in 1775. At the time, contractions were not yet in widespread use; hence the lack of an apostrophe in the original text. Modern representations often include an apostrophe.